Sunrise over the Ganga

The city of light

Varanasi, or Kashi, is the city of light. Situated on the great bend of the Ganga, the light of the sun on the river is the clock by which the city runs. As the sun rises the first trickle of pilgrims come to the ghats on the riverfront, for a purifying dip in the holiest of rivers. It is still cold, and the orb of the sun floating low in the sky hasn't heated up the stone steps yet. Some pilgrims, especially those from warmer climates, are wrapped up for warmth.

Soon, the sun rises sufficiently enough, and the ghats are busy with pilgrims, priests, fake priests, tourists, cops, fake cops, and everyone else.

The city is defined by the river. Here, a sadhu checks the news on his saffron iPhone, presumably on a break 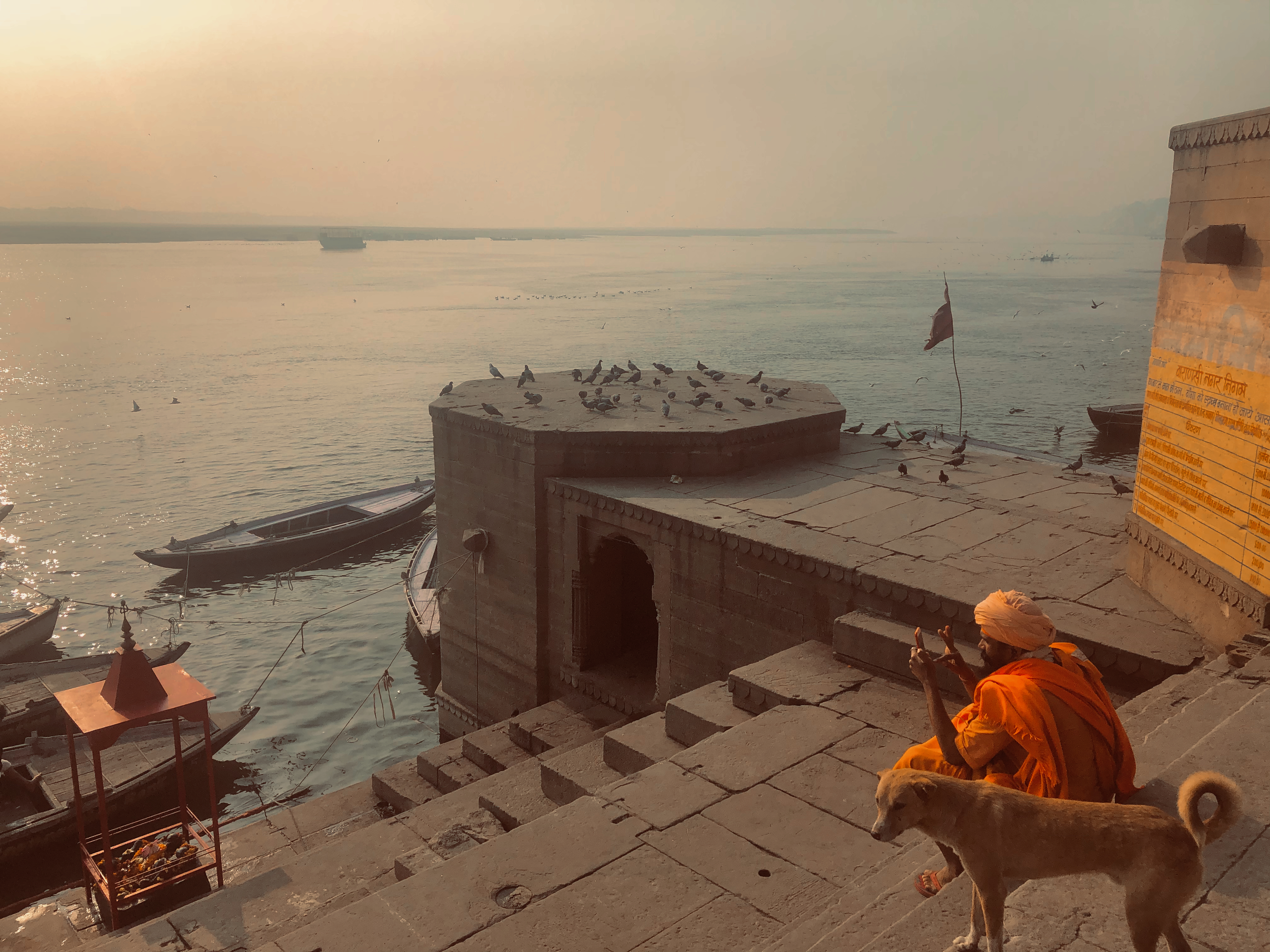 Later in the evening, a different light illuminates the river: that of the funeral pyres at Manikarnika and Harishchandra ghats. If you die in Kashi and are burnt at one of these two places, you get an express ticket to heaven. 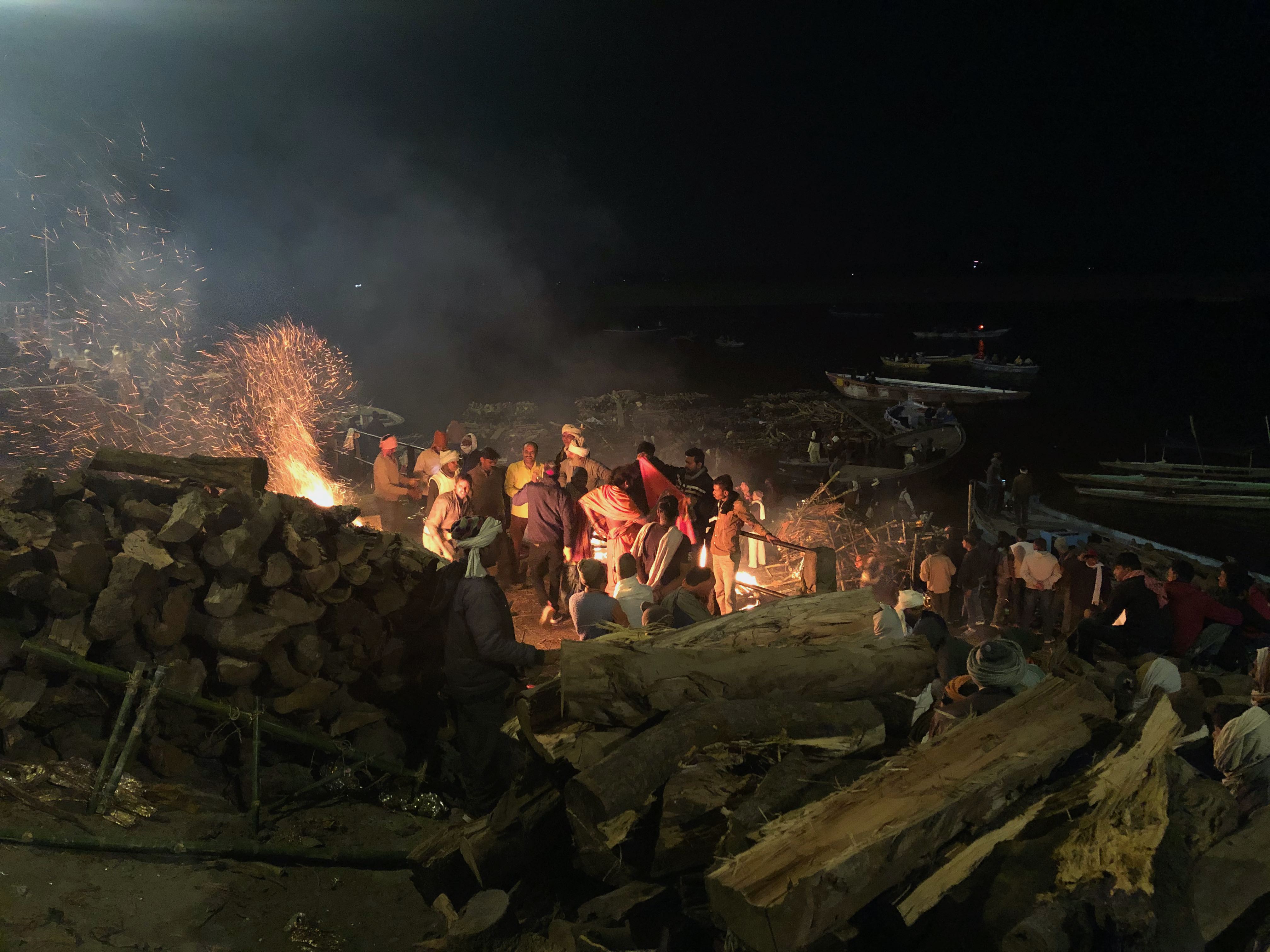 A pilgrim in the river offers up his prayers. And so it goes. 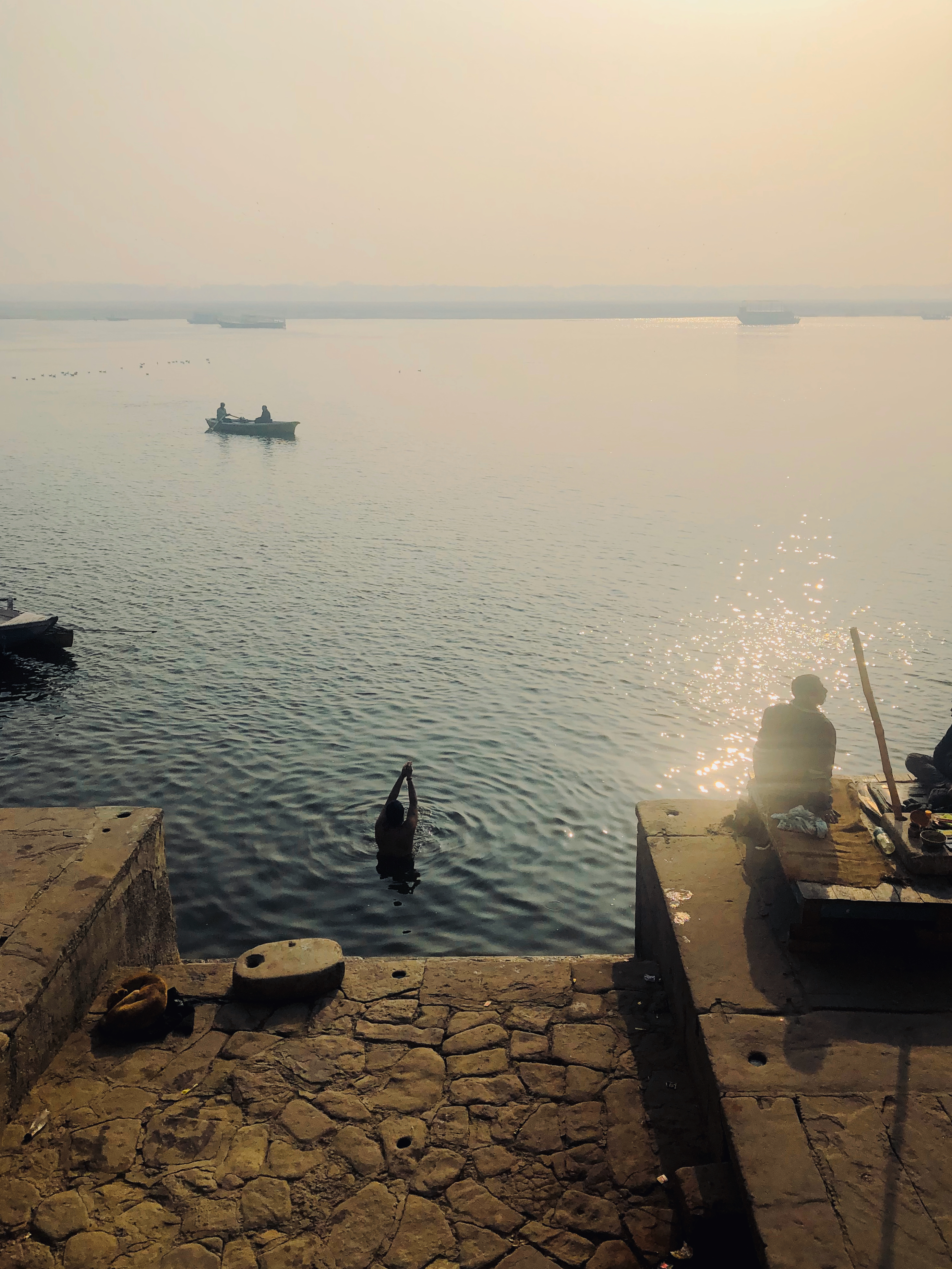 Much of the old city of Varanasi is a complex tangle of narrow lanes, and navigating them is something every tourist and pilgrim must do. The lanes serve tiny shops of all varieties. Here, a bangle seller pitches his wares to some tourists from out of town.

There is a tea shop in every lane. This shop was the one we patronized. The tea seller would invite us to sit on a narrow bench in front of him, and would pour us our tea silently. He was there every day, but usually closed shop by late morning.